Once you’ve been forced, by circumstance, to wee in front of other people, there is no turning back. I realized this back in the year 2000 as I squatted on the side of Mt Aconcagua in Argentina, in full view of a campsite, and dropped my dacks to wee. As soon as I did it, I was liberated.

At first I thought it was the effects of altitude that allowed me to perform such outrageous acts. But then I found myself weeing next to the track on the South Coast of Tasmania, just because I could.

That’s when I had an epiphany: nobody cares. Most people are so polite and respectful that they won’t look. There must be an unwritten rule that you don’t look at people when they’re weeing. I have found the experience of weeing in semi-public very liberating, much to the horror of my teenage children. Sometimes I’m even tempted to wee in my local park when the need arises, but so far I can admit I’ve resisted that temptation!

But public squatting isn’t the only wee-related lesson you need to learn if you want to be a hard-core Wild Woman. When you spend time in extreme weather wilderness locations, where it’s too cold, windy or dangerous to leave your tent, you develop other essential skills, such as weeing into a zip-lock bag and using a wee funnel.

Weeing in a zip-lock takes practice, but here are some tips to make it a bit easier the first time you try:

‘Hercules’ sandwich-sized bags work best because they’re strong, have good zips and hold a decent amount of liquid.
Techniques vary, but you’ll only spill once before you work out you should zip up the bag BEFORE you pull up your pants.

I prefer to locate the activities away from my sleeping bag, but I have heard of women who are so highly skilled they can wee without getting out of their sleeping bags. Clearly, the male anatomy is much more suited to hiking in the wilderness because apparently they can do it lying down!

To ensure no spillage in the tent, you should place the wee bag outside the tent when you’re finished, and inside a second bag in case the first one leaks.

In the morning, don’t forget to turf the contents, then clean and stow the bag for future use.

A wee funnel is essentially a detachable penis. They are specially shaped attachments designed to fit snugly over your labia to direct the urine stream down a tube and into a bottle or out onto the ground. They are great when you’re driving through remote locations where there are no toilets, or the toilets are too disgusting to use, and they are essential in extreme cold environments, such as Mt Elbrus or Mt Aconcagua, where removing your pants could result in a frost-bitten arse. And they are liberating in any location where you don’t want to pull your pants down to wee.

We recommend the ‘Freshette’ brand because it works best. It’s shaped correctly for the female anatomy, made of hard plastic with smooth edges, is easy to use and doesn’t leak.

Before we discovered commercially produced wee funnels, we had a wee-funnel lesson from Brigitte Muir, the first Australian women to do the Seven Summits. On Mt Elbrus, Brigitte taught us how to convert a small plastic bottle into a wee funnel and told us to practice in our four layers of clothing, including waterproof pants and jacket. We didn’t practice enough.

On summit day, I watched my friend attempt to pee into my bottle funnel because she’d dropped hers and it had slid into a crevasse. All seemed to be going fabulously well, until she lost her balance, tripped on her crampons and spilled the unwanted liquid down the inside of her pants.

Although it was funny, I was determined not to repeat the disaster as I positioned myself carefully over the funnel for my turn. All went perfectly at first, but suddenly the tension on the elastic in my thick thermals became too much and flicked backwards, sending the pee flooding down the inside of my pants. Fortunately, it was warm!

We both summitted the highest mountain in Europe, Mt Elbrus, 5,600m, with pee in our pants!

Seriously though, at altitude, being able to wee standing up and without freezing is an important skill. It’s tempting to drink less so you won’t need to wee as much, but this can be dangerous because drinking assists in acclimatisation.

Here are some tips for wee funnels:

For most adventures, though, the most extreme toilet issue you’re going to have is squatting in a not-so-private location or dealing with a stinky drop toilet. And I think you can handle that! 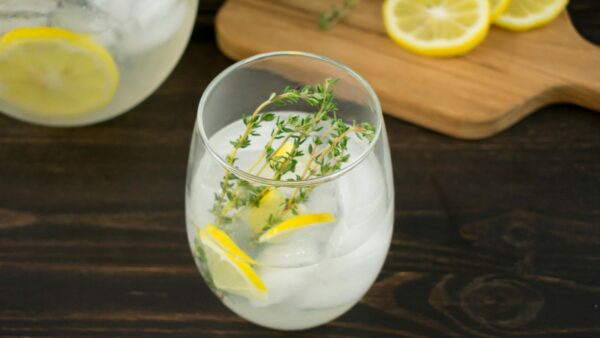